around 1980, my mom did a genealogy trace (family tree) for her side of the family only. she talked to folks, used a couple of libraries, wrote for some public family records, the works.

after completed (to a point), she told me that ralph waldo emerson (yes, that one…is there another?) is “our 7th cousin”. sorta cool but i really didn’t care.

decades later, i began wondering if it’s true and am thinking about trying to verify. plus, she said “our 7th cousin”, which isn’t correct. i’m her son, so that would make me either 8th or something else, i assume.

if true, i wonder if i can reclaim copyright ownership of his works. haha

just read that the price of shredded cheeses are going to double shortly. well…he did it…he's about to make america grate again.

psa: if the civilwar2 idiots start any shi*, everyone hide in a library. they don't know where or what those are. winning.

Benefit Show For Jo-Joe Griffin, the most loving and funniest man who’s ever lived…

A year before my best friend died from HIV/AIDS, I held a benefit show at a local gay bar for him and his family to help with their medical bills. No medicine worked back then. 100% of proceeds went to him. I was sort of a favored bartender back then, so the crowd was huge just to see me do drag one time. 🙂

I “mixed” together the songs on a cassette tape. What you see at the end is my THIRD encore. The owner said “No more after this one.” haha

I won two Asheville, NC Awards: “Best Benefit Show of the Year” and “Best Comedy Performance of the Year”.

Sorry for the blerg’s, but this was on VHS 30 years ago and recently found and converted to .mp4.

several decades later and i still love and miss you, jo-joe. hey…remember the doctors/nurses telling me not to touch you or i’d get aids? then i asked her to take a pic of us? (we’d known over a month before the medical staff that you couldn’t get hiv/aids by skin contact.)

i dedicate this willie nelson song to you, old friend…

when i was 15 or so, i worked at the skating ring. my title was “floor guard & dj”. floor guard just meant i skated around and blew my whistle when a rule’s broken or there were shenanigans going on. “dj” meant i bolted to the dj booth when the current song was ending and changed the 45 rpm record to another one. perhaps i’d make it a “couples only” slow song and hit the “couples only” button to light up. oh…the power i had.

anyway, skip to sunday nights. or as the owner/employees would call it: “black night”. no white people came on sunday night and none of the employees wanted to work that night either. me? i didn’t give af. it would be packed, a local/popular black radio dj would come and dj for real. i was exposed to some of the best f’n music of my life (i know every word to “white lines” 🙂

black and white skating were very different. white people just skated. nothing wrong with that…they had fun and that’s the point, right? but…the black skaters skated much faster and mostly skating in unison while dancing/grooving to the song playing. i wasn’t as a good a skater so i figured out quickly i was in their way and mostly stayed in the center circle haha. “good times” by chic was my favorite to join in on. slower groove, slower skating…but i got to dance and move along with everyone. as a gay man, i was fortunate to have been given the “got rhythm” gene, so i had some game 🙂

over the months i was there, i worked every sunday night. met so many amazing and hilarious people. but…hated all the other nights i worked, because of the racist pos people i had to work with.

so now…imagine my lily white butt skating and dancing along to “good times” with 70 or so black friends, in the south, in the late 70’s (i think), and loving life… 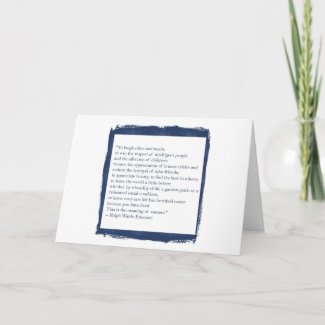 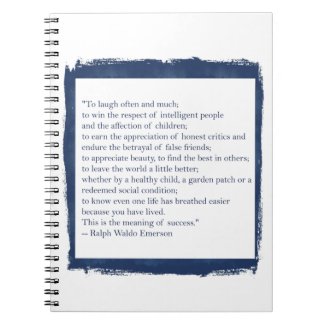 (i don’t own copyright to this. this is not my work, but i thought it was beautiful and wanted to share 🙂

actually, there’s neither a priest nor a bar…just the weed smoker and hypocrite.

this requires a brief preface:

there used to be this chick i knew for 40 years. a total know-it-all and always fronted how perfectly innocent she was (she wasn’t) and how her know-it-all husband and kids were the epitome of brilliance and sunshine (they weren’t). i even lived near her for about 13 years, recently.

when i used to smoke weed: it drastically reduced my anxiety (i took 2/3 less meds, as a result), my type2 diabetes went away for the years i smoked, no sleep-deprivation, never got so much as the sniffles, i experienced joy and laughter that i’d once lost, i had an appetite, and so many other wonderful benefits that all went away about 2 weeks when i quit. everything i mentioned is back…and in full force.

preface over. here’s the short ending:

she passive-aggressively acted offended by my smoking weed. wouldn’t come into my house if she could smell it and berated me for going outside one day to fire one up real quick and secret-like. i could tell she smelled it on me by her pursed lips and attitude, so i confronted her. “may i ask what your issue is with my smoking weed? are you allergic or something?” she replied, “because it’s illegal.” i replied, “yes, in this state it still is, but it’s a misdemeanor at worst. a ticket for $200.00, if busted. plus, it’s healed my physical and mental wounds quite a bit, so not all laws should be followed blindly. being gay is (was) illegal, but i still do that!” 🙂

she said “it doesn’t matter. it’s illegal and, therefore, it’s wrong.” i let it go as i always had to do with her and her know-it-all family.

she calls me and asks to come over. when she arrived, she said she needed to ask me something in person and not on the phone…she wanted to know if she could buy some weed for her son. apparently, he discovered that the only thing to minimize his health condition(s) was smoking weed.

yes, she bought weed for her child. it helped him so much, she did it again and then just had him come over to do it from then on.

if she’s reading this, i hope she gets the hypocrisy. i’m sure she will, because she knows everything already.

am i just a joke to you, karen? pic.twitter.com/VQZUhnzewT

really bad day for me, today…but these 4 pics always make me laugh/smile…so i'm sharing with you in case you need a laugh/smile today, too 🙂 pic.twitter.com/0Z0t66Wkgv

i'm a boy on a budget. vet bills, etc. for my kitties is a lot. if you can help, youll have my (and their) eternal thanks. :) click here to help.